Turning the Tables on Fear

Dr Gindi is one of Switzerland’s foremost sculptors. Every month in "Art Views" she shares her reflections on art from an artist’s perspective. Educated as a medical doctor, she sees her work as a means of exploring notions of infinity and metamorphosis. 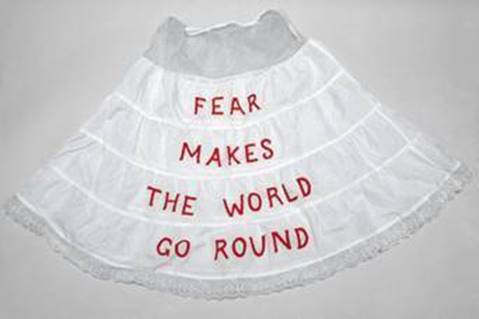 Heralding renewal and promise, the new year offers a chance to review and revise, to begin again with the hope of progress and improvement. Regrettably, 2022 has thus far been a repeat of the last, unfurling yet another crushing wave of the COVID19 pandemic with new variants but the same ongoing concerns. The simplest of human interactions now fuels fright and foreboding. A vital reflex ensuring survival, fear can help us to avoid or escape danger by inciting us to take action, or in the case of the raging pandemic, to retreat, thereby cutting ourselves off from the world by remaining cloistered within the safety of our homes. In either case, but perhaps more likely with the imposed isolation that exacerbates alienation, this impulse of basic survival can also spiral out of control, deteriorating into paranoia and paralysis. It’s no wonder that fear becomes more acute during times of upheaval.

In last month’s column, I addressed the crippling effects of shame, the subject of my eponymous sculpture from the series “Fractured Reality,” which closely relates to another bronze sculpture from that series titled Fear is hunting you, at the crux of the current column. Much like a boogeyman, the shrouded allegorical figure embodies this powerful emotion that can spur a reaction to fight or flight. Draped in chains and wielding a projectile, the amorphous character stalks its prey, his hooded countenance conveying the sense of an invisible imminent threat. Be it the dread when faced with change and the unknown, the fear of failure, illness, or the finality of life as we know it, fear plays upon our insecurities to propel us forward or hold us back.

In the history of art, Edvard Munch’s painting Angst (Anxiety)—a canvas reminiscent of the Norwegian painter’s iconic The Scream—pointedly registers the titular emotion in the empty stares of the passersby that suggest the zombie-like existence of individuals plagued by the inevitability of the unknown. Perhaps fearful of a potentially unfortunate fate, their vitality has been sapped, reducing them to living corpses filing along as if attending their own funeral procession. The painting alludes to the eruption of a deep-seated and universal emotion and presages the frightful ineffability of the mortality that stalks humanity. Even the magnificently mesmerizing sky at sunset portends an apocalyptic destiny. Suffering from multiple traumas he experienced during childhood—notably the death of his mother from tuberculosis when the artist was five and the subsequent loss of his sister who succumbed to the same illness, Munch’s oeuvre bears witness to the stifling environment, both personal and societal, in which he was mired.

A more contemporary take on modern angst and alienation, Louise Bourgeois’s 1992 performance “She Lost It” featuring costumes embroidered in red with phrases such as “FEAR MAKES THE WORLD GO ROUND,” or “THE COLD OF ANXIETY IS VERY REAL,” drew inspiration from the artist’s early psychoanalytical writings. The statements on these garments—worn by the participants of an ephemeral piece performed during the artist’s exhibition at the Fabric Workshop Museum in Philadelphia—resonated with her sculptures. Unraveling the paradox of an emotion that is at once stultifying and generative, they capture the deep-rooted anxiety that was a major impetus for her entire artistic practice. She harnessed her often paralyzing innermost distress, which was the bedrock of her production, in compelling works that attest to the intimate link between her art and her life. Through her protean artistic output, Bourgeois managed to sublimate the very emotions that sometimes had a debilitating effect on her, thereby freeing herself in the process from their grip.

My sculpture Fear is hunting you points to some of the more dysfunctional ways that “fear makes the world go round.” I am interested in exploring the inner turmoil that engenders the “fragmented reality” underpinning the series. The first step to liberating ourselves from the psychic demons that haunt us all is confronting them—an undertaking all the more urgent now when we are in the throes of fighting the pandemic. Giving form to our fears, like Munch, Bourgeois and other artists have done, my sculpture urges us to break away from the shackles that hinder so that we can develop our ability to flow into the infinite realm that envelops us but is often hidden in plain sight. Instead of letting the self-debilitating weight of fear depress our vivacity, I encourage to recognize its immanent capacity for momentum and reinvention. If we only acknowledge both its propensity for self-sabotaging inertia and unconstrained vigor, fear can be bundled into a self-propelling force that catapults us to unknown heights. Fear can offer hope over despair. Perhaps, this realization helps us attain a mentality of abundance, which paradoxically cultivates an unyielding human sense of fearlessness. The bliss of infinity is within our grasp if only we can envision it by opening our eyes to the distorting effects of the fractured world we construct. We can muster up the strength to face and overcome our fears by delving deep into our souls. Fear is hunting you unveils one of the emotional obstacles that prevent us from realizing our human potential, imploring us to turn the tables on the fear that threatens to overwhelm us.

For more information about Dr Gindi and to inquire about her sculptures go to dr-gindi.com or @gindisculptor. 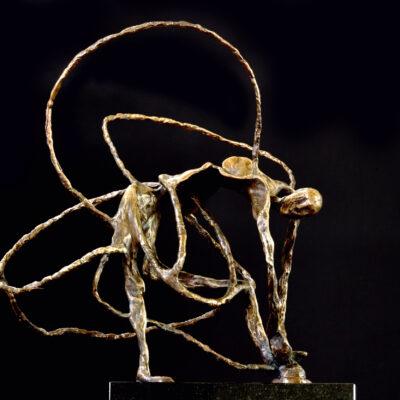 Rejoicing in the renewal of springtime, I am always enthralled with the tenacity and resilience of the natural world. Tender green leaves unfurling from the bare twisted boughs of chestnut and lime trees, spiky branches miraculously sprouting from the arthritic... 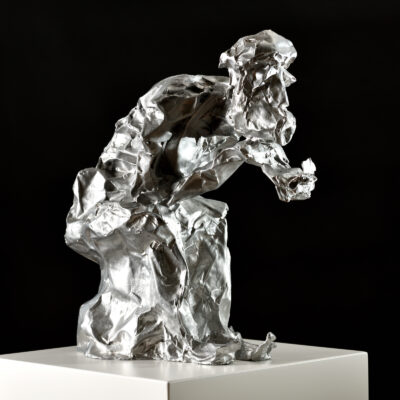 Slowing Down to Feel the Breeze of Infinity

Acceleration aptly describes the often frantic pace of contemporary life. Deadlines looming, “by yesterday” has replaced “asap” to express the ever more urgent nature of the rat race we may increasingly find ourselves caught up in. Portable electronic devices... 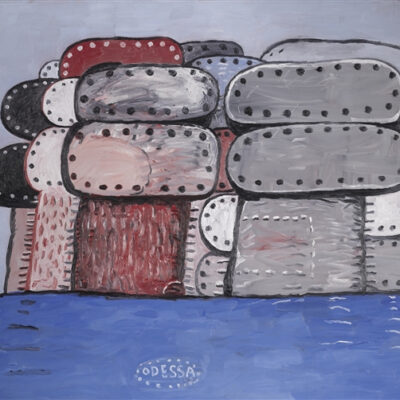 Rising Up Against Human Depravity

Just as there seemed to be a light beginning to glimmer at the end of the pandemic tunnel, our world has been blindsided with another daunting and devastating crisis of global geo-political scale. In the weeks leading up to the Russian invasion of Ukraine in late... 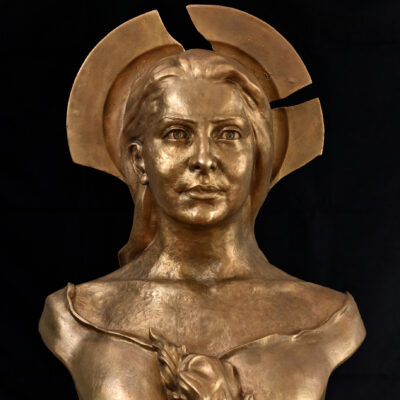 The Winding Way to Finding Our True Selves

In my last two columns, I have reflected on some of the obstacles that hinder our potential and are central to my sculptures in the series “Fractured Reality.” The accelerated pace of our media-saturated world today bombards us with an overwhelming stream of...